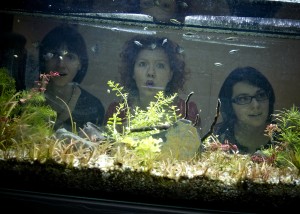 visit the collect/project website
for tour dates, videos and more!

Collect/Project emerges from a pool of todays highly skilled contemporary music interpreters, versed not only in classical and experimental performance techniques but also steeped in popular and folkloric music traditions. Collect/Project members seek more than mere interpretation and perfect fulfillment of a score. We seek the music within the music. We seek creative subtlety to free orthodox interpretations and reveal novel nuances. Performing not only works which deploy the creativity of the performer beyond what might be considered normal boundaries, but also taking the liberty of re-creating or re- arranging a work in new ways which still serve the original creative intent of the composer.

Collect/Project believes the art of interpretation is a fundamental component in the creation of music, for which the score can only be a reminiscence. Music in the western world is mostly a result of co-production: performers are in need of composers and vice versa. One would not exist without the other. The collection and projection of the music hidden within a score requires dedicated work of a most sensitive musician to give life to what existed, however intangible, before the committing to paper, and not merely reproduce the symbols on the paper. Collect/Project believes the art of music is desperate for interpreters with courage for such performances.